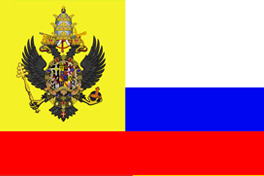 Flag of the Pontifical Imperial State 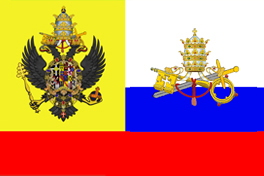 Flag of the Papa-Catholicos

Flag of the Imperial Roman Church

Flag of the Pontifical Walsingham Guard

Flag of the Gonfaloniere of the Church

Flag of the Grand Duchess of Rome-Ruthenia

Flag of the Coadjutor (Heir) of the Pontifical and Imperial Household

Naval Ensign of the Papa-Catholicos, Naval Ensign, Jack of the Pontifical Imperial State 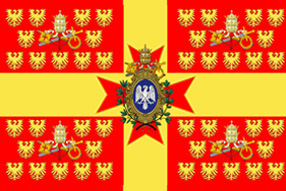 Standard of the Papa-Catholicos
(maintained by the Gonfaloniere)

Standard of the Pontifical Household